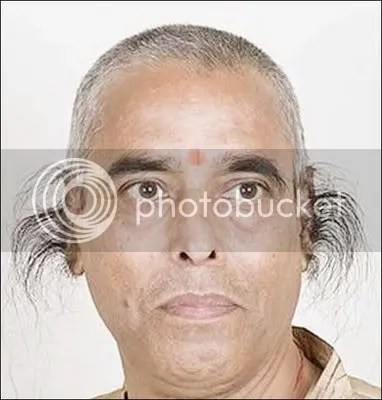 A man in northern India has been recognized by Guinness World Records as having the world’s longest ear hair.

The tufts coming out of the man’s ears measured more than 5 inches when he set the record in 2003. The hair has now grown to nearly 10 inches. In fact, the hair is so long he has to shampoo and comb it. He was granted a certificate from Guinness to certify him as the record-holder.

However, he complained that too many people consider his feat foolish and said the Indian government isn’t treating him with the respect he deserves as a world record-holder.