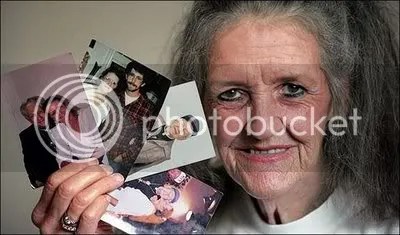 American grandmother Linda Wolfe has become “the most married woman in the world” after walking down the aisle 23 times, and is now “on the lookout for number 24”.

Mrs Wolfe, 68, is included in the Guinness Book of World Records for the dubious honour of being wed more times than anyone else alive. She has said that she is “addicted to the romance” of getting married.

Born Linda Lou Taylor, the American first married in 1957 aged 16, to a 31-year-old called George Scott. The union lasted for seven years, the longest and happiest of any of her marriages. Since then things have tended to go downhill. Over the subsequent decades she married a one-eyed convict, a preacher, barmen, plumbers and musicians.

Two turned out to be homosexual, two were homeless and one beat her. Another put a padlock on her fridge.
One marriage lasted just 36 hours because “the love wasn’t there”. But Linda, from Indiana, once married the same man, Jack Gourley, three times. She has had seven children by her different husbands and been a stepmother to many more.

Her last marriage, a decade ago, was a publicity stunt. It was to Glynn Wolfe, who in taking Linda as his bride meant he was the world’s most married man, at 29 times. He died a year later aged 88. Consequently she said that she was “on the lookout for number 24”.

She told The Sun: “It’s been years since I walked down the aisle. I miss it.” The serial bride, who now lives in a retirement home, said she had never cheated on a husband. She said if she had her life over again she would “never, ever” marry so many men.

Giraffe Manor is a luxurious and exclusive hotel located just outside Kenya’s capital, Nairobi, famous for its resident herd of giraffe.

Apart from the top accommodation, you can enjoy Nairobi’s finest kitchens and bump heads with a giraffe or two. According to their website, the Giraffe Manor is the only place in the world where you can enjoy the breathtaking experience of feeding and photographing the giraffe over the breakfast table and at the front door.

Also located in Turkey is the Cappadocia Hotel, a building literally carved into the Yunak Evleri mountain cliff.
It offers cave houses, just like the Flintones had, and a 19th century Greek mansion – complete with 30 rooms dating back to the 5th and 6th century

Mixing Turkish and European influence, the Marmara Antalya, in Antalya, Turkey, is Turkey’s most prestigious chain, taking pride in stunning views, great architecture and warm service. The exciting detail is that each of the two dozens room spins slowly so that guest take in the entire view.

It’s not the comfort you’re usually accustomed with, but the dasparkhotel is an innovative hospitality tool many people are starting to enjoy. Located in Ottensheim, Austria, the offbeat hotel offers three 10-ton segments of drainage pipe, each 6.5 feet in diameter for you to stay in. 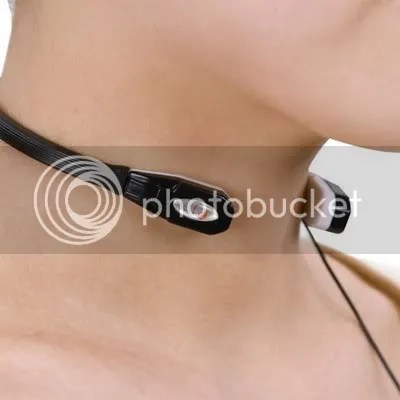 This throat mic is used mainly by tactical assault groups and SWAT teams, throat microphones are something you rarely see on the street. This will change now with Sanwa’s latest hands free system, a Japanese phone design based on a military throat microphone.

It might not be used all the time, but if you work in a noisy environment it could greatly improve a phone conversation. 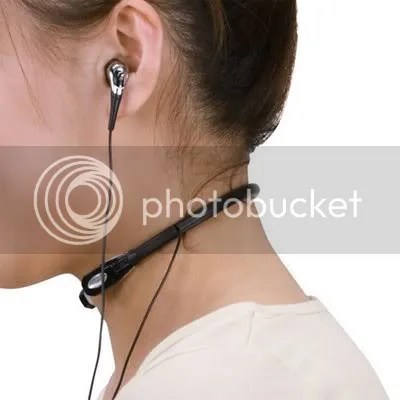 When you have your collar on, People might think you are talking to yourself 😉

Ju Duoqi’s kitchen is her studio, and vegetables are her paint. The 35-year-old artist uses boiled, dried, fried, and pickled vegetables, finishing with the fastest-rotting ingredients to create her masterpiece versions made entirely out of vegetables.

Sichuan-born Ju carefully slices and carves the veggies, and then assembles her works with toothpicks, taking up to 2 weeks to complete a single recreation of some of the world’s most famous works in photographs.

The former website and computer game designer turned artist has been creating about 2 vegetable sculptures a month since 2006.

“You wouldn’t know them any better if they were chopped into French fries and covered in ketchup, but when placed in the picture, they all appear unfamiliar and rich in facial expression.”

“On the ground lies the body of a winter melon soldier, with rotting ketchup flowing out of his body like blood. The battleground is strewn with rotting vegetable leaves. This great story of history, this world-famous painting, here becomes completely absurd.”

These ’simple techniques’ pay Ju’s bills, as photos taken of the culinary masterpieces go for between $1,500 to $2,000 US each.

Her works which also include replicas of famous pieces such as Monet’s self-portrait and Leonardo’s Mona Lisa created with tofu are currently showcased at the Paris-Beijing Photo Gallery for ‘The Vegetable Museum’ exhibition.

Her organic version of Andy Warhol’s Marilyn Munroe fashioned from cabbage and a spring onion sold within a few hours of the exhibition’s launch to a foreign buyer, hungry for what could be called ‘crop art.’

Below are four (4) questions and a bonus question. You have to answer them
instantly. You can’t take your time, answer all of them immediately.OK?

Let’s find out just how clever you really are.

Try not to screw up in the next question. To answer the second question, don’t take as much time as you took for the first question.
.
.
.
Second Question:
.
If you overtake the last person, then you are…?
.
.
.
.
.
.
Answer: If you answered that you are second to last, then you are wrong again. Tell me, how can you overtake the LAST Person?
.
You’re not very good at this! Are you?
.
.
.
.
Third Question:

Note: This must be done in your head only. Do NOT use paper and pencil or a calculator. Try it.

Okay, now the bonus round:

There is a mute person who wants to buy a toothbrush. By imitating the action of brushing one’s teeth he successfully expresses himself to the shopkeeper and the purchase is done.

Now if there is a blind man who wishes to buy a pair of sunglasses! , how should he express himself?

Looks like Jon Stewart shares my contempt for the inane talking heads on these business shows. The only show that makes any sense to me is the Dave Ramsey show on Fox Business Shows. I tuned in to it to see Dave Ramsey as I had read about him on a few blogs and he seems to be the only sane guy around. Sober calm advice with none of the hysteria or euphoria.

Amazing find in louisiana, the world’s only pink dolphin, at least that we know of.